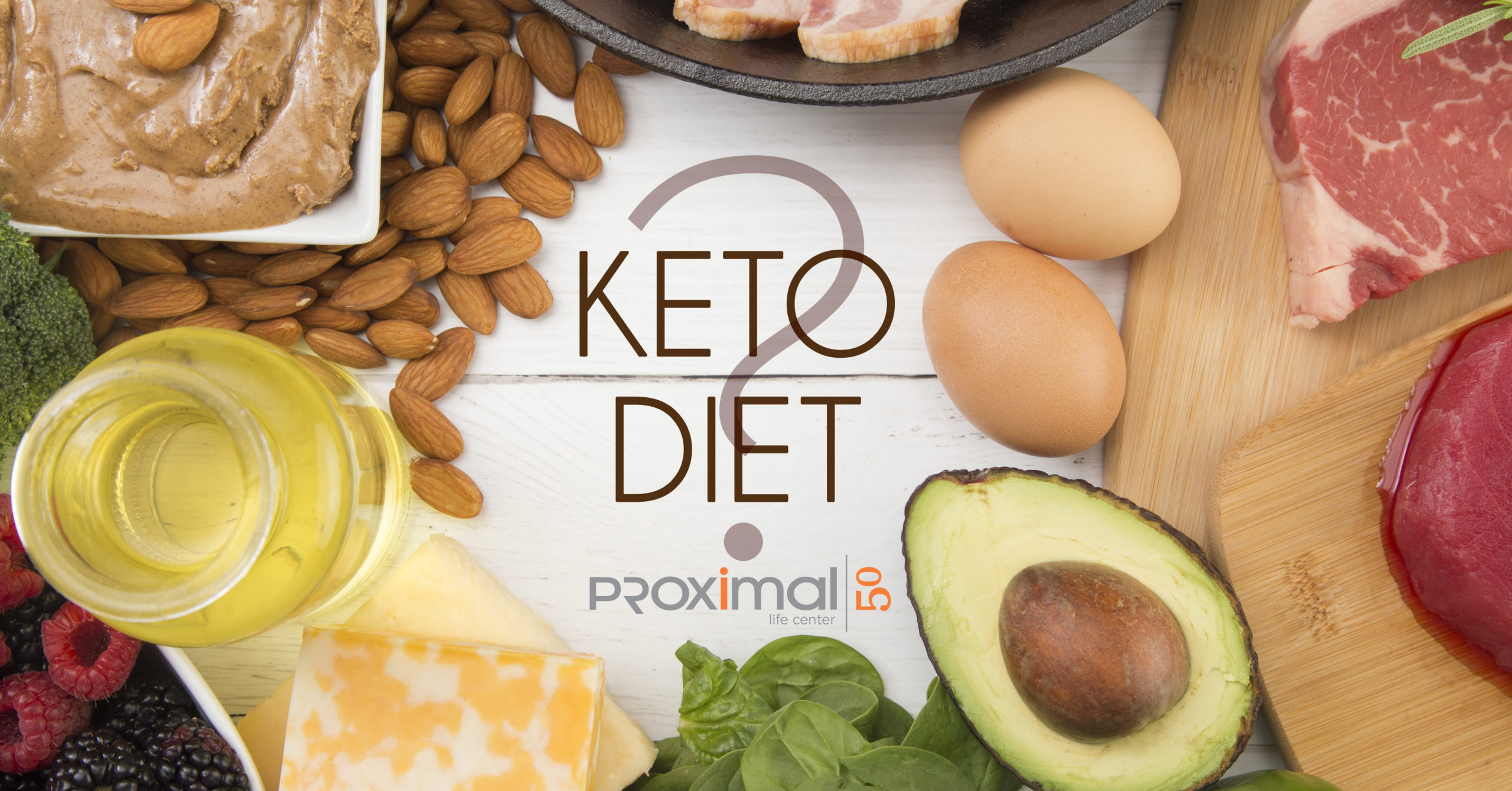 You may have heard of the Ketogenic (keto) diet and have had it explained to you as a no carb diet or high fat diet with the intention of it is to lose weight.  But the keto diet was not developed for weight loss purposes. It was originally developed to treat severe epilepsy in infants and children under medical supervision, today the ketogenic diet is moving to the mainstream as a low-carbohydrate tool for weight loss—but not without controversy.

Our Stance on Diets

Before we start it’s important to know that our one and only rule is you have to find what works for you. We aren’t going to tell you to go Keto or not go Keto; what we are going to do is give you some facts with a bit of our professional opinion and let you make the decisions that are right for you.

Let’s take a look at what the ketogenic diet is and what’s known about its risks and benefits.

What You Need to Know

The ketogenic diet may be referred to as similar to the Atkins or Paleo diets, but it’s not. The Atkins diet restricts carbohydrates while emphasizing protein and limiting fat, and while the Paleo diet restricts some carbohydrate-rich foods—primarily grains and pulses—it isn’t necessarily low carb.

The ketogenic diet is very low in carbohydrates and very high in fat, putting the body into ketosis—the burning of fat instead of glucose for fuel. In a clinical setting, ketogenic diets limit carbs to 20 to 50 g per day, mostly from non-starchy vegetables. Very low-carb ketogenic diets restrict carbs to 30 g per day.

The science stuff: Protein is kept high enough to maintain lean body mass, but low enough to preserve ketosis. (The amino acids alanine and glutamine in protein can be converted to glucose through gluconeogenesis,  so too much protein moves the body out of ketosis.)
Basically you are pushing carbs low enough that your body has no choice but to burn fat for fuel. So a true ketogenic diet can have a ratio of 75% to 90% calories from fat, 10% from protein, and 5% from carbs.

But don’t stop reading just yet.

In real life, diets labeled as “ketogenic” vary widely. What most people are doing is a modified ketogenic diet or modified Atkins.  It doesn’t mean it’s not effective, but it’s not the same thing. Your ketone production may not be the same depending on how you are following the diet.

Most people aren’t really on a strict ketogenic diet, there are no real definitions or set levels outlined. Maybe someone is eating 10 g of carbs daily, maybe 25, 50, 80—it’s all very inconsistent. And most people, while they’re eating much fewer carbs and lots of fat, they’re also eating a lot of protein, which can be converted to glucose. That sort of defeats the purpose of the diet.

Weight Loss in the Keto Diet

Yes – ketogenic diets appear to have an advantage for weight loss, short term weight loss that is – there are very few long-term studies. Why is there at least short-term weight loss? There are several potential factors at play.  Most notably:

In one small 2013 study of adults without diabetes with BMIs in the overweight or obese range, levels of ghrelin (the hunger hormone) and subjective appetite were lower when the subjects were in ketosis, even on a very low-energy diet (VLED) of 500 to 550 kcal per day. However, after eight weeks on the VLED, subjects began refeeding, and, at week 10, ratings of hunger and the urge and desire to eat were significantly higher than before their weight loss.

I want to make it clear that the ketogenic diet isn’t the only way to lose weight. The average person doesn’t fully understand what ketosis really means, or that it’s necessary to measure blood levels of ketones. The mere presence of a few ketones doesn’t make one in ketosis. And peeing on a stick isn’t the way to measure blood levels of ketones, because simply spilling a few ketones in urine isn’t indicative of ketosis. After all, we all produce ketones after a certain period of not eating. That doesn’t mean that our body is magically shifting gears and the ketones are changing how we’re oxidizing all the food in our bodies.

Lack of nutrients such as B vitamins that are typically found in beans and grains can be of concern. Keep in mind those who follow a ketogenic diet are more likely to have other deficiencies because the variety of food they’re allowed to eat on this diet is so limited. When people on a ketogenic diet are consuming large quantities of non starchy vegetables, the excessive amounts of insoluble fiber also can lead to nutrient malabsorption. Although there are a few exceptions, non starchy vegetables aren’t rich sources of fermentable, prebiotic fiber.

One of my favorite nutrients – fiber – is critical to serve as food for the gut bacteria and for the production of butyrate and other short-chain fatty acids, important for immune function, controlling inflammation, and overall gut health.  The gut is essential to the brain and vice versa in terms of anxiety, depression, and pain management. The keto diet is missing a huge piece of this puzzle.

Now onto fats, the ketogenic diet is seen as the “bacon and butter” diet, but it doesn’t have to be. As with any dietary pattern, the fats don’t have to be animal fats. A study found that a ketogenic diet high in polyunsaturated fats was superior to a saturated fat–rich ketogenic diet by several measures. Getting more plant-based fats from avocados, nuts, seeds, coconut, and olive oil will supply more micronutrients as well as heart-healthy fatty acids.

Just because the ketogenic diet is trendy doesn’t mean everyone should hop on the bandwagon. There are other dietary patterns that are shown to promote health and a healthy weight, including Mediterranean and vegetarian dietary patterns. And research has demonstrated that some people thrive on lower-fat, higher-carb diets.

The reality is that many people who attempt the ketogenic diet cycle in and out of it.  It was ranked second-to-last in the U.S. News & World Report‘s lists of “Easiest Diet to Follow” and “Best Diets Overall.”

In short, while there is often at least short-term weight loss; the long-term effects on overall health are still relatively unknown. The potential drawbacks of this complicated diet include kidney damage, constipation, micronutrient deficiencies and social isolation (skipping family or social gatherings because of your diet?!). A strict keto diet requires close management by a health professional. If you feel good on a keto-inspired diet that’s great – just make sure you understand the big nutritional picture too.

Vanessa Lennick is private-practice Registered Dietitian in Bismarck, ND. As a working mom-of-three, wife of a shift worker, and member of the ND National Guard, Vanessa is passionate about helping people find the diet that works for them – their goals, their lifestyle, their preferences. The only diet that will work is the one that you can do for the rest of your life 😉

To schedule with Vanessa (she can do virtual appointments) email her at vanessa.lennick@proximal50.com